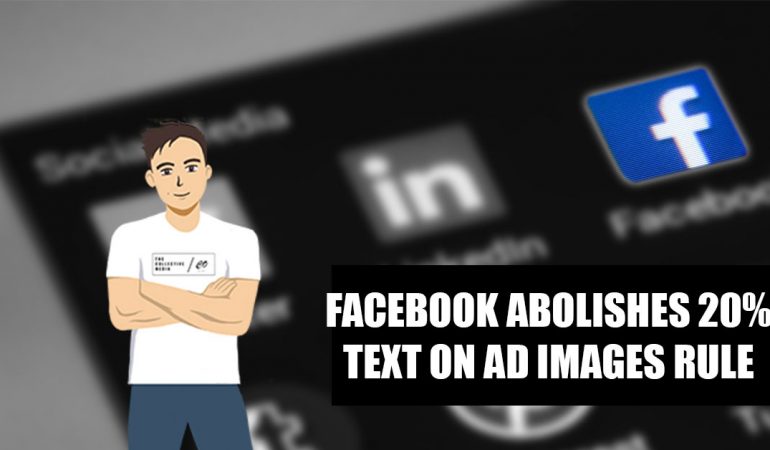 Facebook has never been a big fan of text on images. For those who have been around long enough, you’ll be familiar with the days when we had to upload our image to Facebook and click on the boxes with text before Facebook lets us know if they felt there was too much text on the image, and if there was, your ad would instantly be rejected.

Over time, Facebook artificial intelligence servers were able to automatically pick up the amount of words in an image and Facebook soften their stance in allowing text on images, but instead imposing negative consequences based on the amount of text in the image.

Hence, the text overlay tool was born. It was the page every marketer and Digital Marketing Agency had bookmarked into their browsers, the familiar need to check the image before posting or risk your ad having lower risk, or at worst, not being able to run at all.

The traditional belief at Facebook seems to be that text on image over clutter the feed and instantly tells users that it is an ad; resulting in users blindly scrolling past them. We personally never liked that idea as we always felt that it was hard to summarise the details of the article just through images itself without text, and it was especially painful for entrepreneurs and brands with text as logos. But then again, we have to be reminded that this was back in an era where adding text was not as simple as it is today with so many app options including unfold, Instagram and even Apple photos.

With the introduction of such apps and a widespread adoption of images with text even from regular users, Facebook seems to have further soften their stance this week and no longer pose the 20% limit on Facebook advertisers and social media marketers.

It has long been speculated that Facebook was heading in this direction and earlier this week, Matt Navarra, popular social media consultant, confirmed this with Facebook.

A quick check would also have you realise that the text overlay tool webpage now redirects user and doesn’t seem to exist anymore, even if you search for it on Google.

Facebook’s official page on text advisory on images seems to have also been changed. Instead of stopping advertisers from publishing images with more than 20% text. The new writing seems to suggest that it is now more of a recommendation to keep it less than 20% rather than a hard stop punishment as per before.

This compared to what it was previously:

“To create a better experience for viewers and advertisers, ads that appear on Facebook, Instagram, and the Audience Network are screened based on the amount of image text used in your ad. Based on this review, advertisements with a higher percentage of image text may not be shown.

-Facebook Official Page on Text Advisory in the Past

While Facebook hasn’t published any other official statement, taken into account the effort to change their webpage, redirecting and removal of the text overlay, it does seem that this change would be here to stay and businesses and entrepreneurs can rejoice.

The abolishment of the 20% text rule opens up the doors to advertisers including more description into their image to entice clicks, the use of new artwork formats such as comics and advisory/quote base type images.

Enter your email address below to subscribe to my newsletter

Thank you for subscribing.